Up, up and away

It is time to take you on an aerial tour of the Cotswold countryside and gardens and how better than by hot air balloon? This flight was my birthday present last spring, when the countryside was looking at its lushest best - the yellow fields of Rape contrasting vividly with the bright greens. 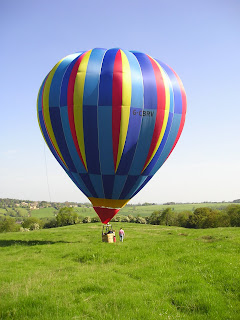 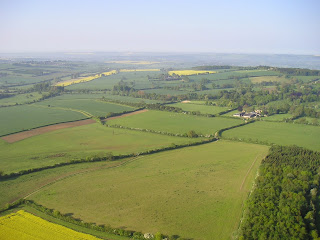 The layout of this garden near the village of Oddington is beautifully illustrated from the air - I wonder if the owners were ever so fortunate to see it from above? 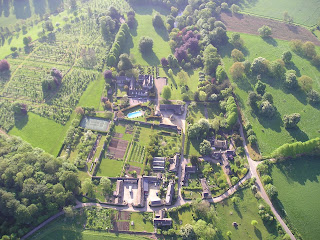 The walled, organic gardens at Daylesford, too, are shown to be quite an unusual shape: the intricate design of the parterre giving way to a less formal area uses this to its advantage - a study in good design. 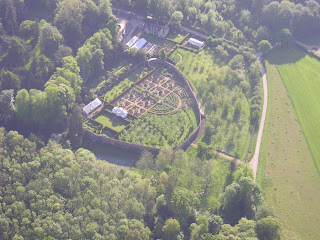 Saxon ridge and furrow field systems are also shown in sharp relief. There are a lot of these around the Cotswolds and they can originate from as far back as a thousand years although many were worked up until a couple of hundred years ago. Now preserved and retained as pasture, often the drier, warmer ridges have quite different wild flowers growing compared with the damper furrows. 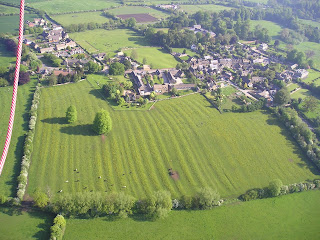 We 'touched down' in a field not far from the small town of Stow-on-the-Wold, shown in the photo below. Stow is famed for its twice annual Gypsy Horse Fair where travellers gather from all over the UK to buy and sell ponies and catch up with news. It is also well known for its exposed climate as in the local saying "Stow-on-the-Wold where the wind blows cold". 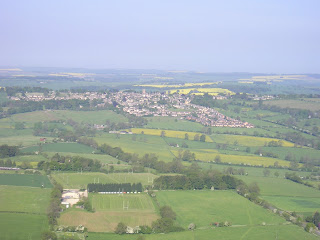 The balloon's shadow chasing us is a favourite photo as also is this one of the burners in full flame! 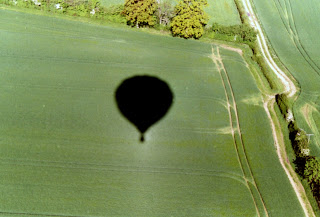 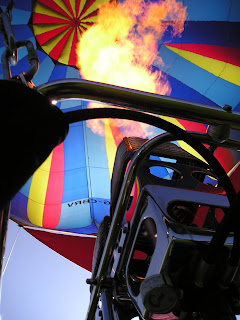 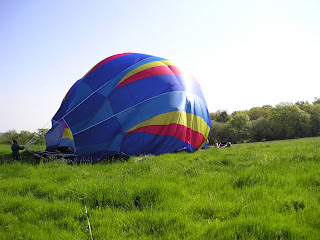