What A Difference A Year Makes

The British are always going on about the weather and I'm no exception.  My very first words upon waking are "What is the weather doing?" and my final words before sleeping are "What will the weather be doing?".  I make no apologies for this: it's part of our make-up as a nation.  It's because, I was once told, that whereas other countries have seasons, Britain just has weather.  It's not quite that simple, we do have seasons - Spring, Summer, Autumn and Winter - just like any other temperate country, it's just that in the UK they get a bit muddled up. 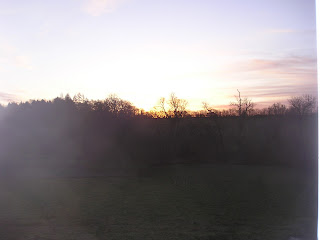 I write this, snug in front of the woodburner - not that much heat is getting past She-dog who thinks this has been lit solely for her pleasure and comfort - listening to a gale rattling the window panes and whistling around the eaves.  The rain is lashing down and there is absolutely no need for me to ask what the weather is doing this evening.  However, I have been told that I have said "Listen to the weather" several times. I could have said how remarkable it is that only yesterday I had my lunch sitting in the garden.  Yes, really. 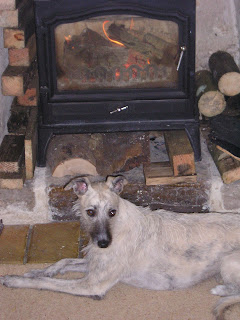 I should admit that I am a hardy sole as I work outdoors all year and so am less affected by cold than most and I also should admit that I was wearing a coat and gloves and sitting in a sheltered, sunny spot. Regardless of those finer details, yesterday I commented how last year to the day we were up to our necks in snow in the worst wintry weather the Secret Valley had had for years.  And, even more remarkably, the snow came when you would expect it  -  in midwinter but (and there's always a 'but' where British weather is concerned) in the Cotswolds we rarely get snow before January .....   But it was still rather remarkable to be sitting there, surely and remark worthy? 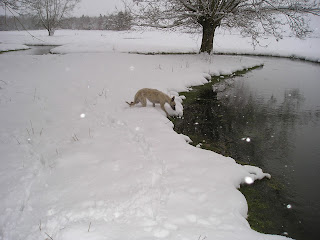 What is even more remarkable is that all of this week I have been planting out herbaceous plants and laying turf; late even by our odd climate standards.  We have had frosts: there were three quite hard ones in October, then none until the last week of November and then a couple more last week and none since.  In between, we had two weeks of warmish air and thick fog which was enough to make even me depressed. 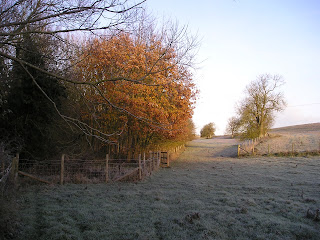 The spirits, even on those damp, grey days, were uplifted by the huge array of flowers that have reappeared.  There are always a few late roses hanging on determinedly until Christmas Day, looking bedraggled and ragged but not this time.  Some of them have given up but others have almost as many blooms as midsummer.  There are pots of herbaceous Salvia nemerosa 'Mainacht' that have regrown after their end-of-season haircut and are in full bloom once again.  Primroses and cowslips are showing colour.  Today I counted over twenty different summer flowering plants still going strong.  That's a bit of an exaggeration, I really mean showing the odd flower or two.  All the plants have become muddled so we have Winter Jasmine as you would expect but not alongside spring flowering Forsythia.  And we have evergreen, flowering shrubs such as Viburnum and Sarcococca as we should have at this time of year - but not alongside the newly unfurling purple leaves of Cotinus cogyggria.  Where, or more to the point, when will it all end?  Possibly quite soon. 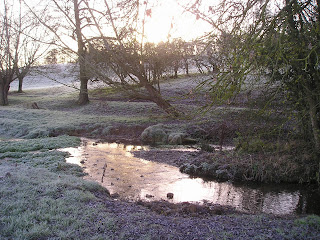 It isn't just the garden that is confused.  On the farm the cattle are still out grazing the fields.  They should be inside by now but with plenty of grass still available in the fields they can be out for a little longer. 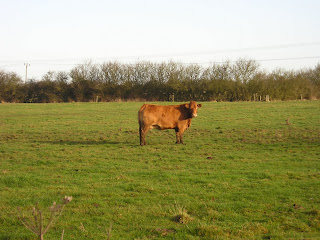 While I am here writing about a bit of wind and rain, the north of England and Scotland, in particular, are bearing the brunt of 100mph gales and heavy snow.  Perhaps we are quite fortunate, after all.  The rain here is only supposed to last a few hours and tomorrow is forecast unbroken sunshine once more.  Which reminds me, I  really must start talking about the lack of rain we have had in recent months.  The little winding river is running lower than it ever has and can be easily walked across in places in just walking boots where the water flows over gravel .  It should look, at this time of year, like the photograph I use on the header to this blog.  Instead it looks like midsummer again with the water, where it flows deeper, still choked with watercress.  Oh well!  I suppose I should be grateful that I am still able to go out and pick it in December - I can make a store of some delicious hot soup to drink when the weather realises it is winter. 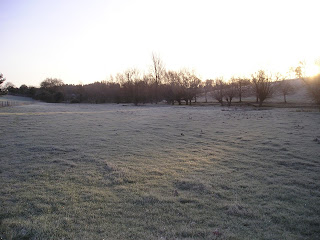 All the photographs, except for She-dog in the snow, were taken over the past week or two.  When the frost has been hard the Secret Valley has looked at its best.