Back in March of last year I decided to run an informal monthly survey of the hedgerow that follows the line of the little country lane that run past our cottage in the secret valley.  Parts of the lane are an ancient 'green' road and would have been busy with drovers herding their sheep and cattle to market.  There are only two houses in our part of the valley and the other is reputed to be an old drovers' inn.  Our place was built a lot more recently in the 1850's so may just have witnessed the passing of the tradition as livestock began to travel along the more direct and newly created turnpikes.  It was also necessary for the secret valley to have a more direct route to the turnpike and a new road was built that went past the little winding river in the header photo above.  Where it joined the turnpike it was marked by a white gate and even though it was removed a hundred years or more ago we still talk of turning left or right 'by the white gate'.  This is rather confusing to those unaware of the history behind the expression - it took me two years before I found out why I could never see it!  In the decades that followed the 'old road', as it is now known, became disused and is now part of the footpath and bridleway networks used by walkers and horse riders. 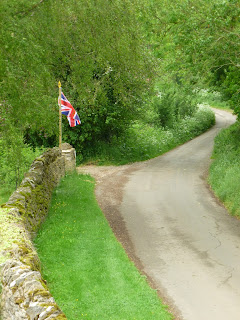 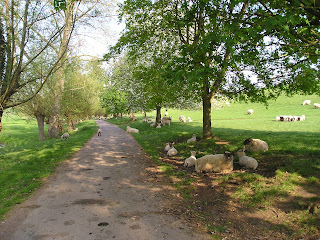 Drove roads can be very ancient indeed and they were often marked by hedgerows to provide shelter and food and to prevent stock from straying.  These were often linear strips of the original wildwood left after the remainder of the trees had been clear felled - in our case, the Wychwood Forest.  As a result, the wild flowers associated with these ancient woodlands have survived nestling in the hedgerow bottom giving a good indication of their history.  So sensitive are these plants to change that it is possible to follow the line of the original road by the flora growing alongside it.  Although the newer parts of our lane - now probably two hundred years old - are also lined with hedges of equal stature, the plants have yet to colonise.  To record these changes was the initial idea behind my hedgerow project. 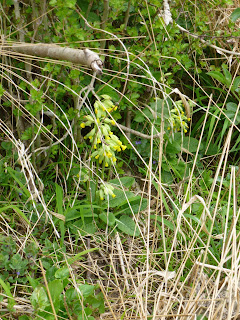 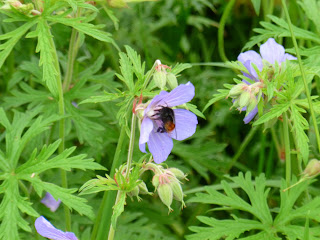 Like all plans, it didn't quite work out.  In my first and only blog post about the project, I described March as being warm and dry; in fact it was hotter than normal and then turned out to be the hottest month of the year.  In April, the weather turned cooler and, on the day that drought was officially declared, it began to rain until the year was declared the wettest ever recorded.  This coupled with other commitments and the commissioning of my book on gardening meant the idea was abandoned to be resurrected this year.  That hasn't gone quite to plan either! 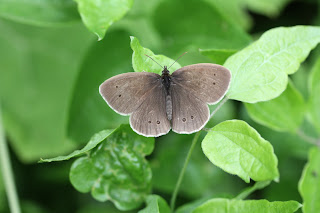 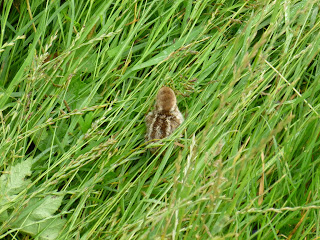 So rather than set myself the unrealistic target of recording on a specific day of each month, I shall satisfy myself with just taking photographs when I either have the time or feel in the mood.  Not scientific, I know - and certainly not disciplined - but the pleasure I get from walking along the lane every day is not just because of the plants I see.  For me, it is knowing that I'm following an ancient track that has been trodden by countless generations of hard working countrymen.  Some of the trees I pass are the same as when they walked by; the secret valley still echoes to the sounds of sheep and cattle and the little winding river waters them and refreshes sore, tired feet on a hot, summer's day.  It is twelve years since I came to the secret valley and it is still releasing its secrets.  How many times have I walked along a sunken track above the house to a rough patch of uncultivated land? Now recently learnt, I know it is the site of a Bronze Age settlement and the thought that this special place has been home to us lucky few for three thousand years or more is a humbling and joyous experience. 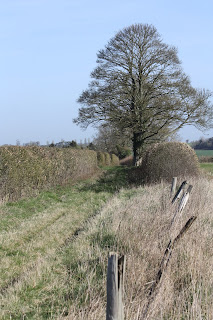 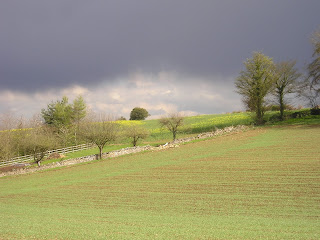 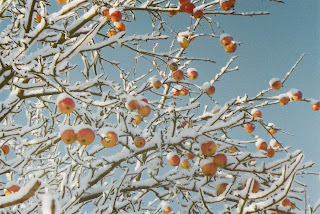