Stonehenge is one of the most important and instantly recognised ancient sites in the world yet those of us that live in the British Isles tend to take it rather for granted.  Perhaps this is inevitable with anything that is on your doorstep, however it is strange that whereas many of us long to see (or perhaps have been lucky enough to have visited), say, the Pyramids of Giza or Machu Picchu, very many Brits have never visited Stonehenge.  Perhaps if they had made the trip they would have been rather surprised at what they saw - and I don't mean the majesty of the stones.

Over the years, the numbers of visitors to the stones has increased dramatically from twenty thousand a year in the 1920's to over a million last year.  As numbers increased so erosion and vandalism began to take its toll and access within the circle was stopped.  Now it is only possible to enter the stones on special occasions, such as the summer solstice.  This means that the majority of visitors are only able to walk around the perimeter of the henge.  The memory of my first visit as a child is of running amongst the stones, of being able to touch them and to look up at their immense height - would I remember it now if I hadn't had this intimate contact with them then?

To view a video of how the Stonehenge area is being transformed into a spectacular, world-class attraction, click the link here

Some years after that early visit and with numbers rapidly increasing a 'temporary' visitor centre was built in the late1960's.  This, along with inadequate car parking  and lack of modern interpretation facilities makes the first impressions of this World Heritage Site poor, to say the least.  Two busy main roads also pass closeby the stones destroying much of the quality of the landscape.  Traffic jams are frequent. 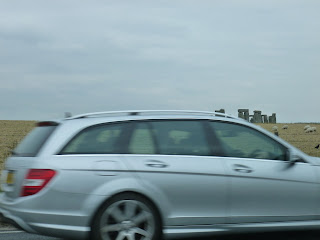 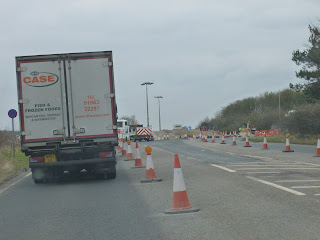 Now this may all sound rather depressing (which it is) and a good reason to cross a visit to Stonehenge off your list of 'must see' places.  Fortunately, despite everything, the grandeur of the stones remain and it is an awe-inspiring place to be, especially if you are able to arrive early in the day or when the stones are shrouded in mist.

Now the good news!  After many years of discussion, Stonehenge is about to be 'returned'
to its original landscape: the visitor centre, car parks and main road leading to them are being swept away and landscaped back to open grassland, giving the stones a greater sense of isolation.  A new centre with educational and other facilities are being built further away and  a low impact shuttle service will transport those visitors that don't wish to - or are unable to - walk.  This may be a few years away from completion but work has started.  In the not-so-distant future, Stonehenge will have the facilites and landscape that such an important site deserves.

Stonehenge is part of a vast conservation area with over three hundred burial mounds and also includes the Avebury stone circle (link here).  It is about 85 miles south-west of London.  Although not as huge or as frequently visited we have many ancient stone monuments in the Cotswolds too.   The Rollright Stones, a stone circle, photos below, are also 5000 years old, their shapes distorted and lichen covered with age.  To read my earlier post about them, click here. 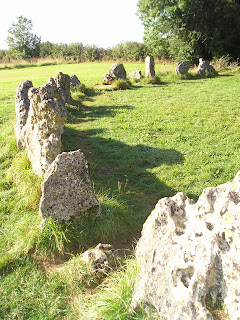 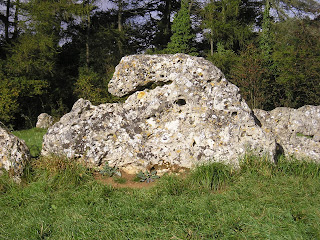 For information on visiting Stonehenge and its history (and how some of their huge stones are thought to have been dragged 150 miles from Wales), click here