A Walk Along the River Otter: part 1

The River Otter although not long in length - barely 20 miles from its source in the Blackdown Hills to the sea - is rich in wildlife. Mostly flowing through Devon, in Britain's West Country, it rises just over the border in the county of Somerset. Passing through rich and fertile farmland it enters the English Channel at Budleigh Salterton where its estuary is protected from the sea by a large pebble bank. It is here that this walk begins.
.
The mudflats, reedbeds and adjoining fields are all part of a relatively small nature reserve, backed by the town on one side and high red sandstone cliffs to the other. The whole area forms part of a World Heritage site for it is part of the English coastline known as the Jurassic Coast, famous for its rock formations, clear water and abundant fossils. The underlying stone of the Otter valley holds one of the most important aquifers in England supplying drinking water to 200,000 people (source: Wikipedia, where else do we go for this sort of infortmation?!).
. 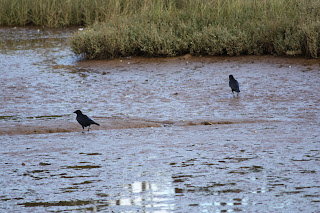 .
The birdlife, especially at this time of year as migration takes place, is spectacular. In my excitement in trying out my new telephoto lens, I forgot to take general views of the coastline and town. However, as tourism plays such an important part of the Devon economy, it is easy to visit and stay locally - it is well worth adding to your 'places to visit' list.
.
There is no public access to the mudflats which means that the birds are relatively undisturbed. However, there are good footpaths along the edges and also hides, where it is possible to view the wildlife with the aid of good binoculars or camera. The Little Egret, below, was a rare visitor to England until very recently. Now, although still not often seen, they are more frequent and breed here. We have even had them occasionally visit us in the secret valley. The Canada Goose also was once a rare escapee from wildfowl collections - now they are seen everywhere and are one of our commonest geese.
. 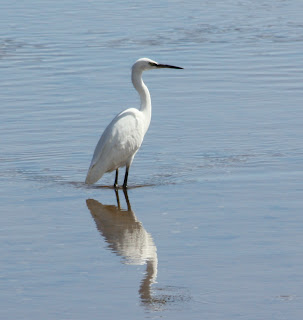 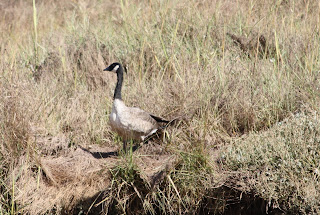 .
Glossy Ibis are an extreme rarity and thirteen had arrived here earlier a few days ago. If they were about they remained hidden from view. Strutting about - and unaware of how comical they look when away from water were a pair of Bar-tailed Godwits. These birds breed in Scandinavia and the Arctic and thousands pass through Britain on the migration back south with a few staying all year round but never breeding. Despite their numbers they are easily missed so being able to photograph this one was a real treat!
. 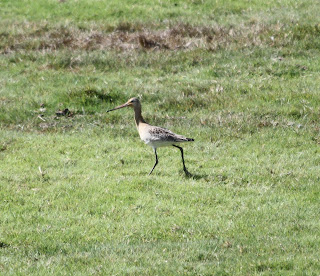 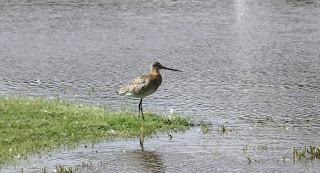 .
Of all the birds to be seen that day, none were so plentiful yet so beautiful as this Mediterranean Gull. Or, at least, that is what I think it is. Living as I do, as far inland as is possible in the British Isles, my seabird identification skills are not as good as they might be. No matter, it had a grace unlike the majority of the gull family, yet I don't think it was a tern. I wait to be corrected.
. 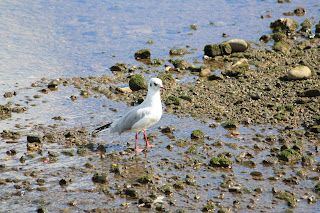 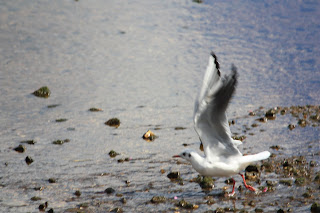 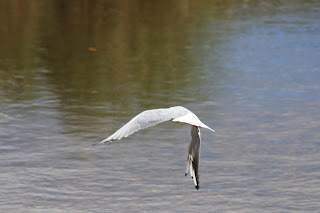