The English Hurricane: 20 years on

English people constantly talk about weather. It's in our makeup, our genes - we can't possibly walk past someone, even a total stranger, without saying something about it. We can't help it, no matter how much we realise that the person isn't that interested (or even doesn't speak English). We rattle on about too much rain, too little rain, too much sun, no sun, cold for the time of year, how warm it is. And to prove the point, this post is about weather and, no, I'm not going to apologise about it. By the way, we had a fantastic sunset in the secret valley a couple of days ago. 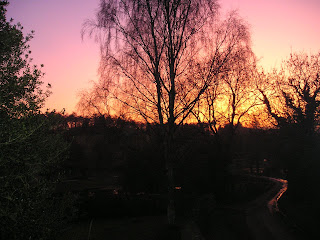 I think the reason we may behave like this is because English weather is nearly always gentle. The landscape that makes up England is beautiful and can be dramatic but not in the way of so many other countries. Take the USA, for example. Where's our Grand Canyon, our towering redwoods, our Rocky Mountains, our Great Plains and our Niagara Falls? We have them in miniature and, perhaps, that is just as well as we are such a small country. And likewise, our weather: we have heatwaves, we have floods, we have blizzards. But they are rarely anything truly spectacular (except to those poor people affected by them, of course). And so when we were told by the weather men in 1987 that reports of a hurricane were completely exaggerated, we believed them totally. And despite the fact that much of the country was hit hard by it when it arrived, my part of the Chiltern Hills where I lived at the time was not much affected, even though it is one of the most wooded parts of the country. 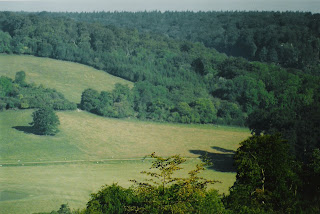 The night in January 1990 was different. This time we had winds, whilst not as severe as three years earlier, which created total havoc with the already weakened root systems of the trees. Great swathes of the magnificent beech woods that are the very heart and soul of the Chilterns were flattened in a couple of hours. (I am reminded by my partner, that as the rest of the world cowered in their beds as the trees came crashing down all around, I woke up to say "a bit windy out there" before falling asleep again). As dawn broke the true damage could be seen. 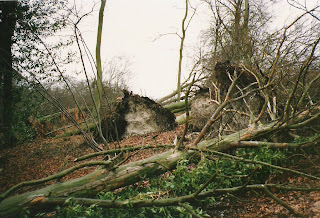 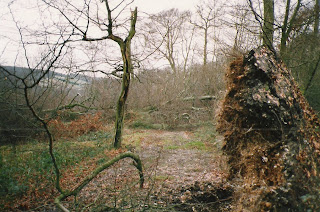 Fast forward twenty years to 2010 and the woodands are transformed. Those of us that remember the 200 year old beech know that the majority are gone and, in their place, are new trees of mixed species. It will be many years before the magnificence of the woods return but they are healing. This photo below is taken from the same spot as the one above. Some of the biggest old stumps have been left, too difficult to move - time has hardly changed their appearance apart from their 'roof' of mosses. 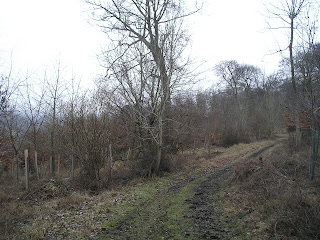 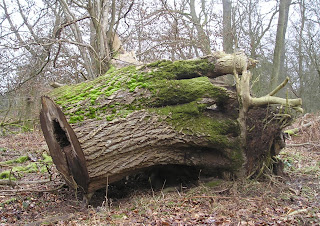 One of the unforeseen benefits of the hurricane is the increased amount of light reaching the woodland floor, for beech trees cast a dense shade where little can grow, other than where the canopy is lightest. Apart from the view to the valley below, which was unseen before, many wild flowers are better now than ever. Roll on April when we can see the blue carpet of tens of thousands of bluebells disappearing into the distance. 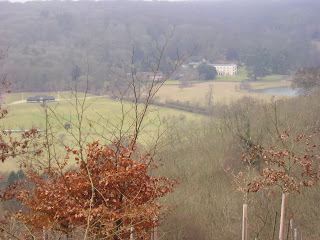 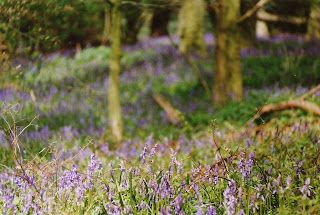 Oh! And I nearly forgot to say, the weather today is a mix of sunshine, cold winds, rain and sleet. Don't forget to tell the next person you meet!